He will work alongside NCE Soccer founder John Curtis from their headquarters in Fairfield but providing across three NCE regions. 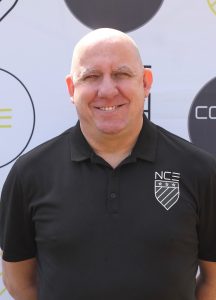 “I worked with him at Notts County and I know first hand that he is a first class coach.

“His experience, his enthusiasm and his ability to inspire young players will be a huge asset to NCE Soccer and the juniors we coach.”

Broster has a first class coaching record developing young keepers in the UK with three of his prospects going onto sign professional contracts with County.

He assisted first team manager Martin Allen and was highly regarded at County, before finding himself the victim of a false allegation, which was investigated by both the club and police and found to be without foundation, when everything changed.

Curtis made his move for Broster the moment he realised he was available the pair are now looking forward to a bright future developing the best young soccer talent on the East coast of America.

Broster, said: “I’m delighted to team up with John and the NCE Soccer coaches. I have been really impressed by what I have seen at NCE and I’m looking forward to developing the young goalkeepers program.”